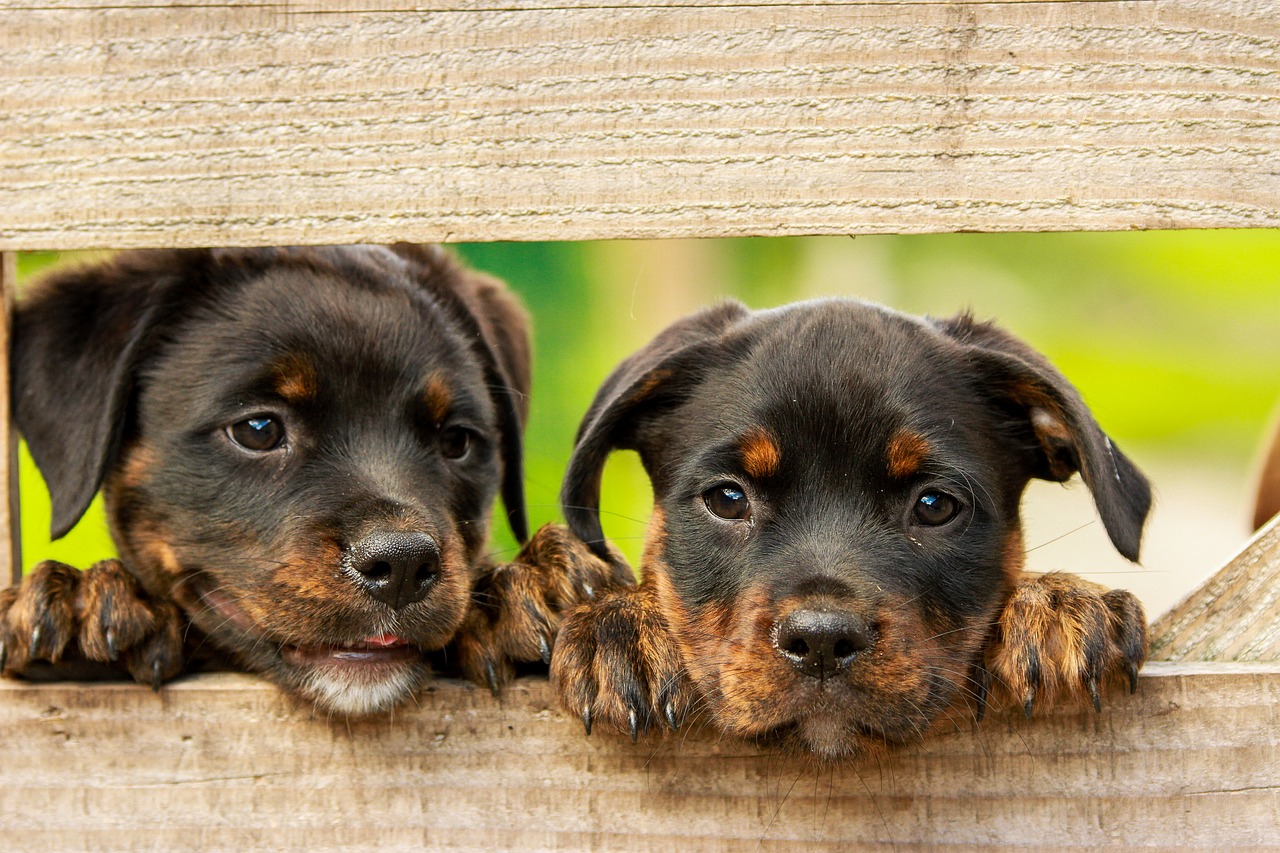 Puppy-hood and adolescence is a huge opportunity to shape your dog into a well socialised, adaptable and happy dog.

This blog post is will give you a foundation advice to get you off on the right foot.

Overall, here’s what you need to do

The main thing is let the dog feel safe throughout. 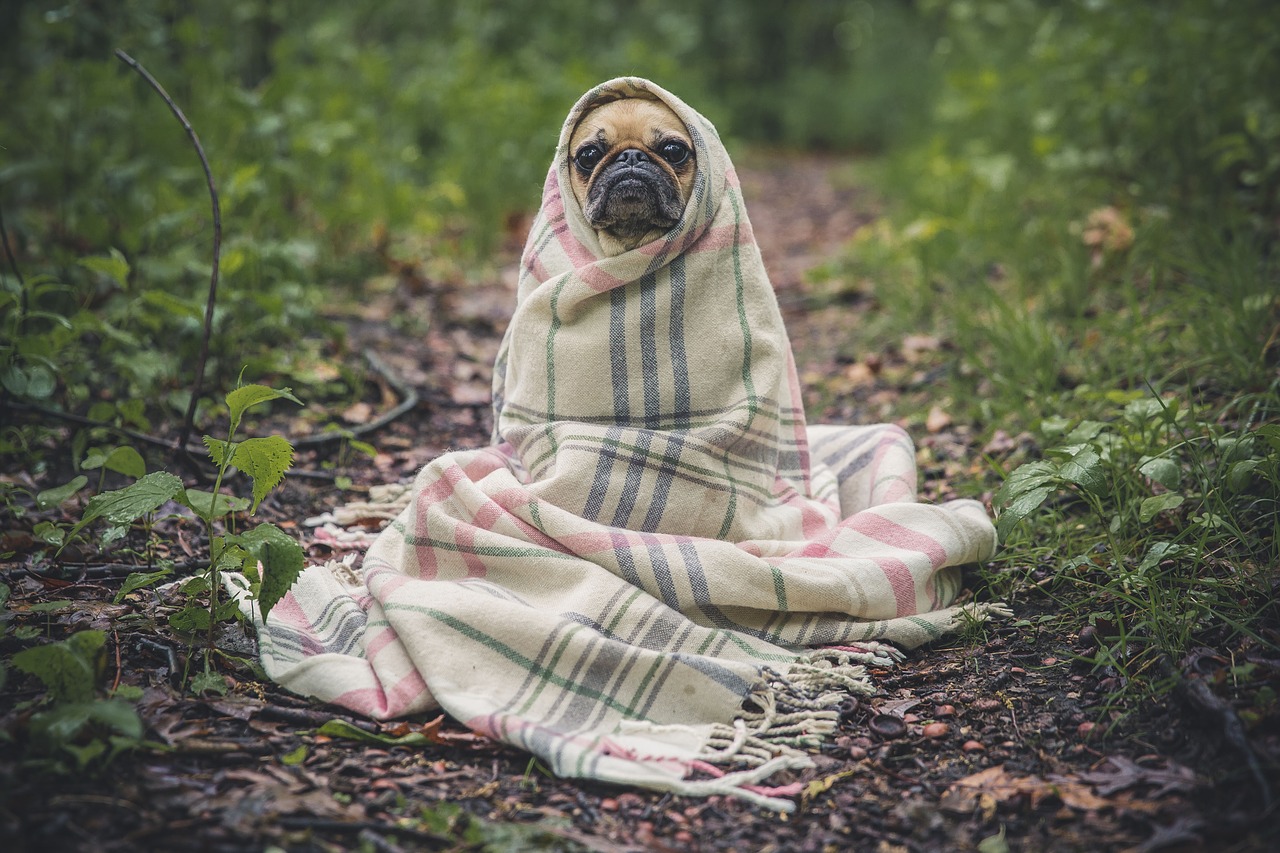 Any negative experiences that occur during that period can be a catalyst for potential adult phobias and other problems, so it’s a fine line.

You want your dog to feel safe while they’re encountering the wide world. So, a good approach to take is known as the traffic light system, where if your dog is showing body language that is indicative of a positive emotional state, you have the green to keep going.

If the dog is a little bit tense, take a step back and re-introduce the event at a lower intensity, and work at their level, not at the level you think they should be at.

Let’s say we’re introducing our dog to  new experiences. For example, taking them for a swim, or walking a noisy street. Either of these can be too much and the dog shows a sign of panic. What actions should we take immediately, and then how can we re-introduce them to either one of those activities?

In those examples, it has clearly been too much too soon, and I would hope that any prospective puppy owner would think twice before throwing them in the deep end, but say you take your dog somewhere, and something totally unforeseen happens, and your dog shows signs of a negative emotional state. The only thing to do is take the dog out of that situation immediately.

Let the dog come back down to baseline, let their stress hormones completely normalise, which can take a few days. Then, make a note of what set your dog off, and figure out a way to re-introduce your dog at a much, much lower intensity.

Say you were walking near a train station, and really noisy coal train came past, and the dog cowered, retreated, or exhibited behaviour that shows the dog is in a very negative emotional state. Tail down, cowering behind legs or wanting to be picked up for example. What you could do is play a YouTube clip of a train noise, when the dog is at home in an environment where he or she always feels safe. Play that at a super low volume while giving them treats, and build from there.

How much contact with other dogs should your dog have during the puppy phase? 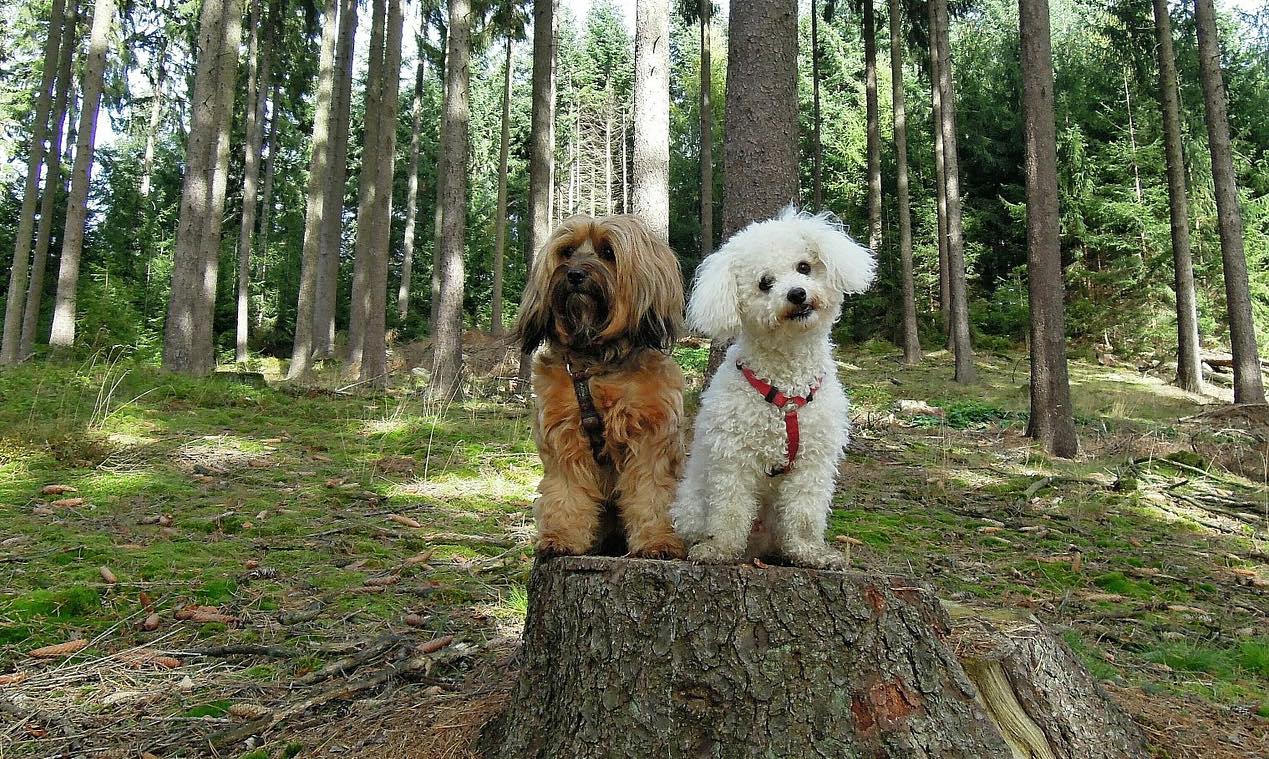 As much as your dog can tolerate.

One of the common things for most people to do is go to puppy preschool, which is great, especially those that are hosted at a vet’s office, because then you are confident that the information you’re receiving is from an expert. A lot of professionals offer socialisation packages, or puppy preschool packages, which should also be considered. Another alternative is to take them to a dog daycare where there are other dogs of the same age an energy level. At a place that focuses on young puppies your dog will be would be monitored and watched during all interactions. Taken out and given a rest when they find it too much or the play becomes too much and energy too high.

Another option would be contacting friends with calm and well socialised dogs and spending safe time with them.

Spending time with other dogs will allow teach your dog social fluency, and develop the skills to help themselves navigate social interactions. For example, your dog can learn to politely request distance from other dogs (e.g. by becoming stiff and looking away) and additionally to respect those signals coming from a play partner.

It’s very crucial during the adolescent phase that dogs learn to interact with other dogs in a safe manner. They learn how to socially signal things, and most importantly, they know how to respect another dog’s social signals.

You see a lot of dogs that people may think are friendly, but in reality, are bullies, because they will solicit play from another dog, often very rough play, and will not care that the other dog is sending it very polite, “please leave me alone” signals.

In extreme cases, if you were to avoid all contact with other dogs your dog might develop reactive behaviours. This is where the dog doesn’t know how to handle experiences that are new. Aggressive attack mode can sometimes be based in fear. Under-socialised dogs often can’t cope and response appropriately to stressful scenarios, so they react defensively in an effort to maintain a buffer from the “scary” stimulus, whether it’s a small child, another dog, a bike or an plastic bag.

Can we train puppies as we would when they’re an adult?

Training should happen as soon as you get a dog. A dog is always learning, no matter the age. So you want to be consistently reinforcing as much as you can, as well as, discouraging things that you don’t want the dog to do. 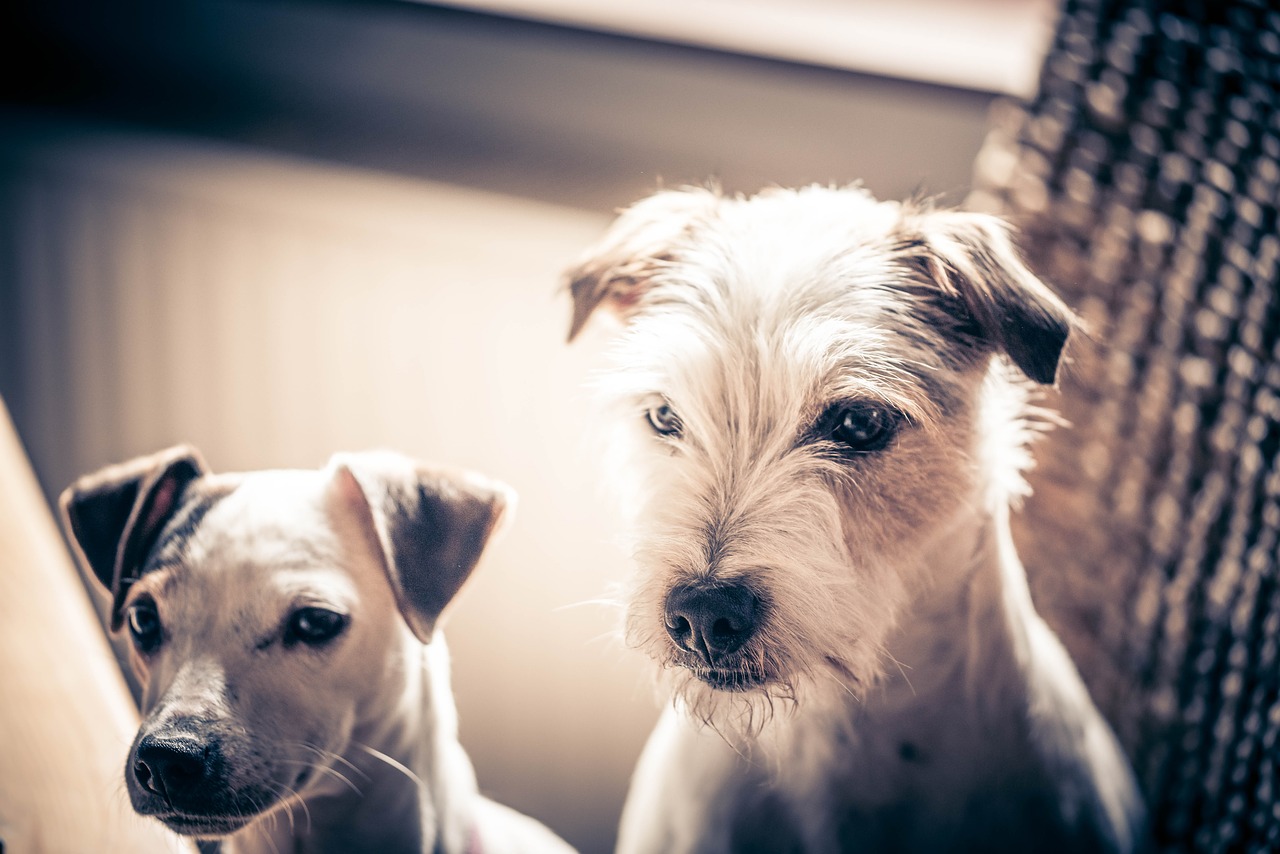 As puppies they crave the stimulus training gives them, which means they’re going to be a lot more adaptable and more willing to learn. Whereas as an adult, it can take a lot more repetition. For example, a senior dog that hasn’t learned to lay down, will take a longer time to make that connection, because the dog’s had a whole lifetime of doing different things, and not getting anything of value from laying down when given a command. 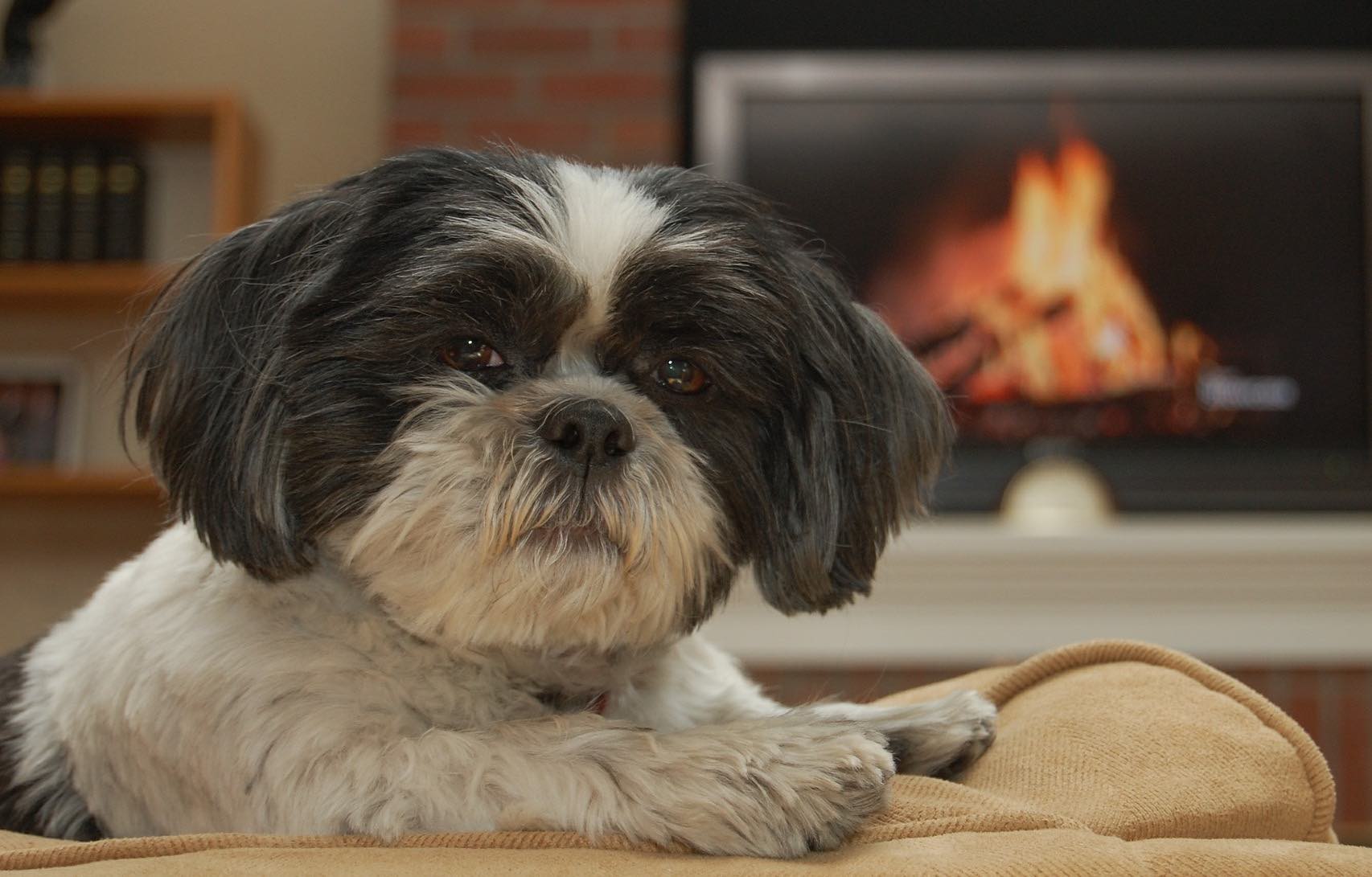 Creating a safe space for your dog

It is highly important to have a safe space for your dog to have access to.  They seek a place of calm and safety in times of stress.  It can be a crate,  a mat or a space under a table…somewhere that is just for them. A place where all the fun things happen –  where treats magically appear, special dog chews arrive and the best dog toys live.

If you are consistent you can eventually train your dog to go to their place on cue.  For example, if your dog is noise reactive, you can place them in their safe place to assist in lowering their stress levels.  By showing them that they can find solace away from the situation they aren’t comfortable with.

Familiarising your dog with the place can be reinforced through training. Call your dog to their place on cue, choose a signal, for example say “Place!” or “Matt”, lure them there with a treat, and then reward them “Yes! Good Girl!”  Repeating until your dog takes comfort in this space on their own or on your signal.

What should humans avoid doing around a dog’s safe space?

You should avoid doing anything that could be perceived as negative event for your dog. Once you’ve gone to the effort of making the space a positive one, avoid any negative actions to encroach on their space. Such as letting strangers touching them or high energy children approach the dog if they are in their safe space. Don’t clip their nails or even brush/comb them in their space. Nothing that will give off a negative vibe. 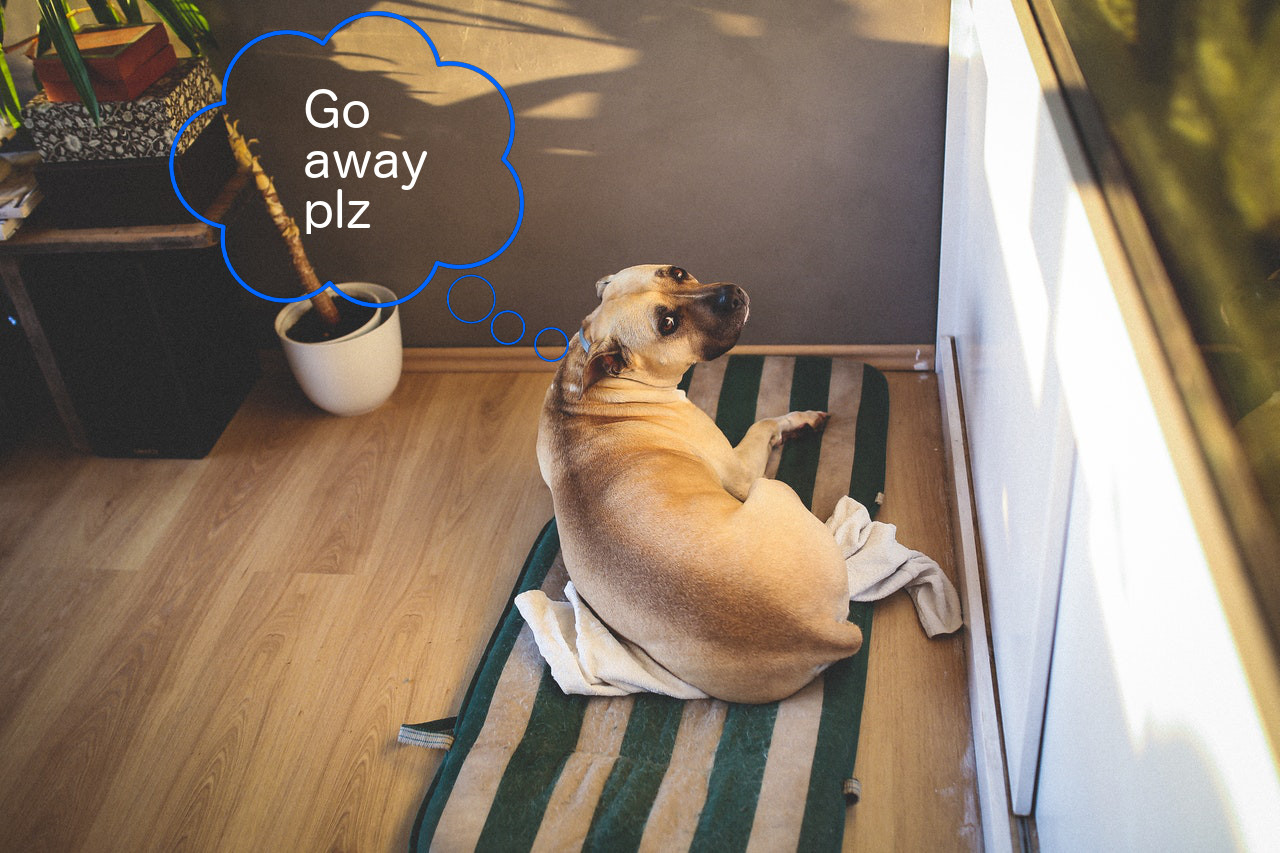 All of those things could be viewed by your dog as potentially quite negative.  They could lead your dog to view their space as less safe and instead resort to other ways of protecting themselves.

How you can prevent a dog from sitting in unsafe locations (i.e. behind doors or under cars)

We mentioned earlier about positively charging a space. If you’re not doing anything positive with a particular space, chances are the dog’s not going to really favour it. The exception would be if you’re absolutely doing nothing, in which case the dog will choose what spot suits him or her and it won’t necessarily suit you.

The best bet is to decide where you want the dog to be, i.e. a comfy bed, and positively charge that space. Give the dog a treat whenever they go there. Give the dog a Kong or other interactive item that will occupy them, which they don’t get until they go to their safe space.

If your dog is in an unsafe location, you are better off calling the dog away instead of getting up and forcibly removing them. The dog may consider “under the car” is a safe space, so you don’t want your dog having experience with you being the one taking them away from somewhere where they’re comfortable.

You want it to be their idea, so you’re better off calling them to you and using a high value treat if you need.

What’s happening in a dog’s mind when they are in a ‘safe place’?

As to their specific inner workings, as much as we’d like to say that we know, we don’t. However, we can assume if the dog is choosing to seek out this location and the dog is showing behavioural signs that he or she is relaxed, you would think that the dog enjoys being there because the dog has a choice of whether to be there or not. If they’re engaging in relaxed behaviour, and better yet, if they’re engaging in curious, inquisitive behaviour on top of that, that’s a really good sign that shows that the dog at least has a positive emotional state.

Should you train a dog in their safe place?

We wouldn’t really recommend much training much besides, “Go to your place and lay down,” on the safe space. Mainly because we want it to be a location where the dog experiences low arousal, which is low excitement and calmness. Things like snuffle mats, food puzzles, Kongs etc are fine to give your dog in the safe space.

The caveat, obviously, if your dog isn’t used to these items, say you’ve got a rescue dog that’s had a very limited history of seeing and experiencing these things, we’d advise against just throwing them a toy and saying, “Here you go. Enjoy.” If the dog doesn’t know what it is, that might actually be a bit counter intuitive.

It’s relatively easy to promote a dog to use a safe place. Once they’re there, keep the interactions positive and minimise any negativity.

You might have a hammock, or your favourite spot on the couch. And this dog has a tea cup 🙂